Hajee Mohammad Danesh Science and Technology University Admission Test Circular 2019-20 has been published in the university notice board and website. HSTU Bachelor (Honours) Admission Exam 2019-20 will be started November 2019.

Hajee Mohammad Danesh Science and Technology University  (HSTU) is a government-financed public university of Bangladesh. Locally it is known as Hajee Danesh University. It is situated between about 10 miles from Dinajpur city at a place known as Basherhat. A sports school named BKSP (Dinajpur) which was also established by the government of Bangladesh is situated beside the campus.

Hajee Mohammad Danesh (1900–1986) was a peasant leader and politician. He was born in Sultanpur village in Dinajpur District. He obtained his M.A. in History from Aligarh Muslim University in 1931 and B.L. degree in 1932. In the 1930s, Danesh became active in the communist organizations of Bengal, especially the Bengal provincial organization of the Communist Party of India. He was arrested twice in 1938 by the government of Bengal for his participation in the Tebhaga movement, an agitation in northern Bengal against zamindars landlords for landless peasants and sharecroppers who sought a greater share of the yield, most of which was surrendered to the zamindars.

Danesh was one of the few Muslim communist leaders of the struggle and worked to mobilize the Muslim peasantry in favor of the movement. In 1945, he joined the All India Muslim League, but was later expelled for his participation in the continuing Tebagha movement, and re-arrested by the Bengal government in 1946. After the partition of India and Bengal in 1947, Danesh remained in his home district of Dinajpur, which fell in Muslim-majority East Bengal, which became part of the newly created Muslim state of Pakistan. He died in Dhaka on 28 June 1986.

For GCE level “O” Concerned competitors need to go in 5 subjects and need to get review “B”. Minimum C grade in Mathematics, Physics, Chemistry, Biology/ agricultural  GCE ‘A’ Level can apply. 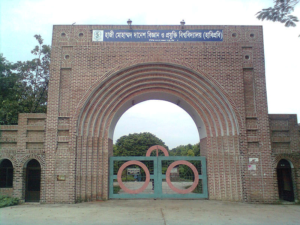 MCQ based exam will be taken.

Every applicant should be applied for their expected subjects/department through official website http://www.hstu.ac.bd/admission

After the Admission test, Hajee Mohammad Danesh Science and Technology University Admission Test Result will be published on their official website (http://www.hstu.ac.bd/). 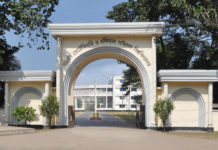 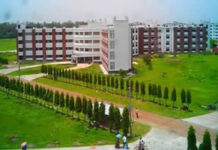 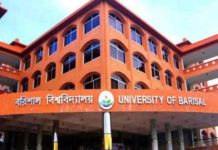