The beloved poet of Bangladesh Kazi Nazrul Islam, when he was in class 7, spent a part of his childhood in Mymensingh. The places where he spent his childhood are Kazir Shimla and Darirampur.

Nazrul stayed at Namapara and Kazir Shimla, but he mostly remained at Namapara as his school was near from the place. The Nazrul memorabilia is symbolized by two memorial centers which are situated in both the village of Namapara and Kazir Shimla. Nazrul Memorabilia contains many voice records of Nazrul’s recitation of poetry and prose, a library of books authored by Nazrul and other books of literary critics on Nazrul. There are also some manuscripts of his work in Bengali, Urdu, and English.

Both the memorial center is very well designed and maintained, and they capture and have preserved the essence of Nazrul. Just a few steps inside the memorabilia there is the living place of Kazi Nazrul Islam which is a tin shed house. This house is located inside the memorabilia of both centers. Often tourists skip by walking past the house without even noticing the tin shade house within which once lived one of the mightiest and greatest poets of Bangladesh.

Near about 1 kilometer from the campus tourists will discover the green campus of “Kazi Nazrul University.” At the university campus, there are a few eating meals and snacks. Tourists can eat something light from here before starting their tour of the Nazrul Memorial Center.

Besides, there are restaurants and hotels in Trishap Bus Stop in Mymensingh town where tourists will find many things to eat at a reasonable price at many restaurants.

24 hours internet facility at the lobbey of the Hotel Hera. The Internet is free for the people staying at the hotel.

How to reach Nazrul Memorial Center 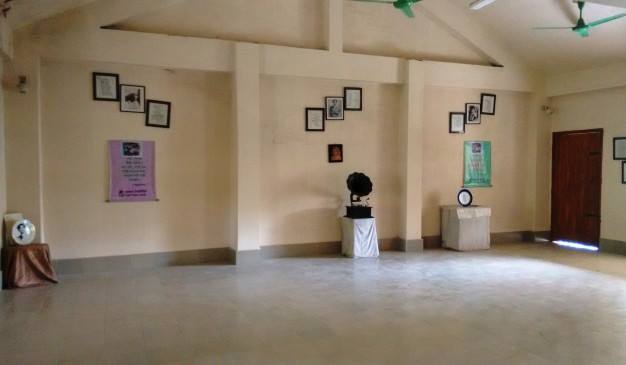 Some of the other tourist’s spots in Mymenshing are